There are more than 850,000 km of roads across Australia. Only ¼ is urban, the others are isolated roads with nothing but the vast bush surrounding it. Australia has the lowest number of people per kilometre of road among developed countries and yet remains the most intensive user of road freight per tonne-kilometre (tkm) per person (DFAT 2008).

Every day, about 5 million tonnes of freight are transported across Australia. Road trucks carry about 70% of the total weight, a figure that has doubled over the past 20 years.

Air engines, the solution to all truck driver problems in Australia?

It is a fact, in Australia, road transport is the preferred mode of transport within the country, both for interstate transport and for the transport of goods in city centres. The road train is vital in various logistics chains. They connect port and terminal freight with urban freight distribution between warehouses and retail outlets, as this is usually the only way to connect two regions.

Trucks are common on Australian roads, whether in the outback or in our capitals.

The road freight they carry is an important element of Australia's economic activity, both as such and in its role as a facilitator of much of the rest of the economy.

Because road is the only way to organize freight, competition is fierce in the sector and delivery times are crucial for freight companies, a week is usually necessary to send a 5+ kg package from one end of the country to the other. As drivers must stop at each delivery, they must minimize their operating time. Therefore, loading and unloading, door opening and all secondary operations must be optimized and motorized. Indeed, truck drivers have neither the time nor the energy to carry out these operations manually.

The use of an air motor to automatize all side operations becomes the standard when it comes to Road Train because some of them can be up to 6 trailers ! No need to explain why the driver can' t perform these operations by hand. When opening and closing doors, lifting operations, reeling operations, tarping operations, etc., pneumatic motors can be of great help. Usually, a round trip lasts several days, but it can last much longer if a tire bursts, a kangaroo is hit, there is a breakdown or road conditions are not optimal. As soon as a truck driver has to leave his air-conditioned cab, he must perform operations under high temperatures, outside 48 degrees Celsius - saving time but also saving difficult working conditions for truck drivers are the freight company's two critical lines that are trying to improve, now thanks to the air engines they can.

Why are air motors the best solution for truck trains in Australia?

Air motors, unlike electric motors, do not require a variable speed drive, anyone can control speed and torque directly on the motor through the trigger. It avoids complicated and costly electronic controls. 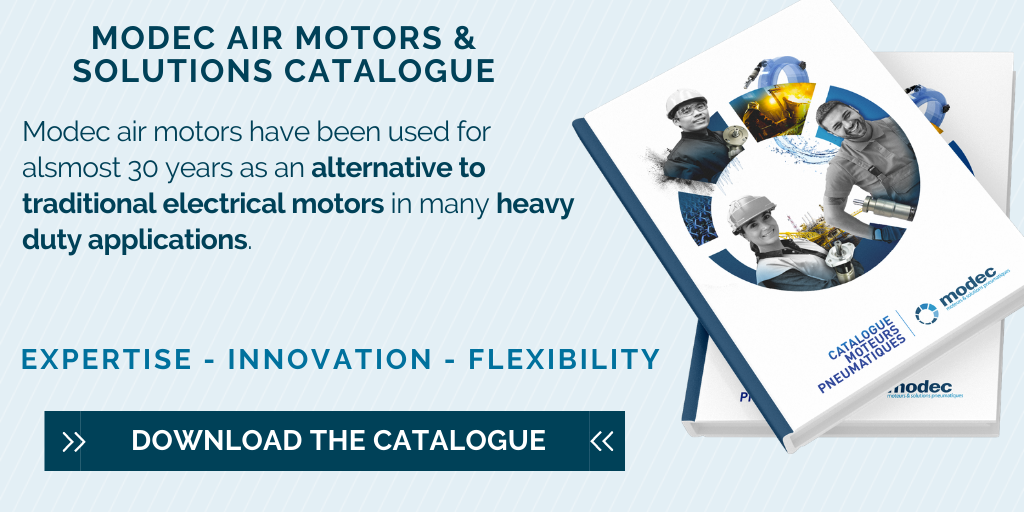